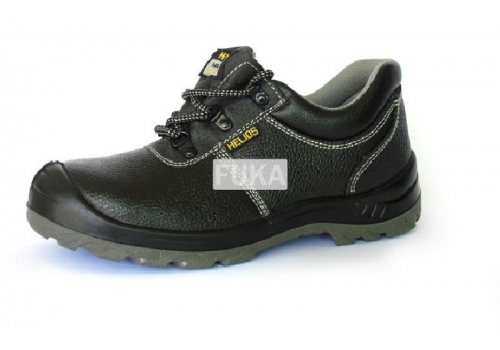 Safety footwear / Safety Shoe was a concept developed at the beginning of the 20th century as a response to the increased awareness in health and safety at work. During this time, laws on compensation and workers rights were also being enacted so it became a less expensive option for companies to prevent injury than to replace an injured worker - as was common practice prior to the new laws.

Foot injury can be debilitating and can be the difference between being able to work and not. Wearing safety shoes or boots can help prevent many injuries and not just to your feet.

Many of us work in an environment where it’s important to make sure we have suitable footwear. Safety shoes can make a massive difference when it comes to remaining injury free in the workplace.

Often referred to as steel toe cap boots or rigger boots, safety boots and shoes come in a variety of styles and fittings depending on your requirements and what the needs are within your role. If you’re someone that does a lot of work outdoors on a construction site for example, a pair of safety boots with a solid, substantial sole is probably the wisest option as they will provide you with the best protection against the elements as well as any hazards. On the flip side, a pair of safety boots may not be needed if you work in a kitchen, here safety shoes with a slip-resistant sole are likely to serve you better.

Not only have safety boots served a practical purpose, but they have also had their moments in fashion too, particularly in the skinhead and punk subcultures where an industrial/military look is the one to go for.

Here we’re going to take a look at what makes a safety shoe and why, as well as the different types available and what you should look out for when buying safety footwear.

We cover most area in Klang Valley as below: